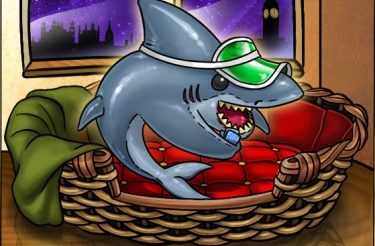 As stated previously, I’ve been gambling since New York was a prairie and have had more ups and downs than a yo yo that’s been dangling for 30 years with an unbreakable rubber band. Every day I learn something new about gambling and listen attentively when in the company of people…

who have also traveled my path and try to learn from them. There are many talented people in this industry and learning from them is an honor because they’ve been there. They know what it’s like to lose. That’s why I harp constantly on the fact I’m trying to cut losses!!!

During my research, besides having my own library of Knowledge, there were countless books that I reviewed, hoping to pick up things that could be imparted to you to help make you a better player.

Unfortunately, most of the books were written by college geniuses, computer experts, and mathematical analysts who looked at the statistical and historical end of gambling.

They are not winning gamblers. Their exposure to wagering is entering a Super Bowl pool for $5 where your chances of winning is 8000 to 1, but you get a big bonanza for your $5. I’ve never seen the reason to buck such odds, so I don’t enter such sucker squeezes.

Then these statistical giants will get behind their typewriters and say why gambling is bad for the country and not have a clue as to what goes into the minds of the player as to why he has to get involved.

Before we get into that, let’s see what we’re up against as to how lines on each game are made.

I think the first big line maker in this country, or at least the most famous was Bob Martin. Bob had the reputation of being a tremendous line maker; and as sports betting became more popular Bob Martin was used by the casinos to establish a line on every event.

These lines would be posted in all the casinos in Vegas and the sportsbooks which, in the 1950s and 1960s, did 90% of the handle on sports. It wasn’t until much later that the casinos jumped in with both feet.

Martin was so adept at giving out lines that attracted bets on both sides that bookmakers throughout the country bought his service. They would then use that line for their customers and of course made adjustments based on their local action. This is explained in the next chapter.

Anyhow, Martin would figure a line between two teams and release his opinion. All the sportsbooks operating legally in Vegas posted the spread. Martin was considered The Line maker. We, as gamblers, hopping to find a flaw in his opinion, are called Line Breakers.

Martin is no longer The Line maker and has been replaced by several tremendously sharp guys in Vegas. There is no reason to mention their names because while this book, written in 1995, would be accurate with their sitting on the throne, you people reading it in 2036 will be up against a different set of experts, probably just as sharp.

Several years ago I did a T.V. show with one of the Line makers for one of the casinos in Vegas. He is terrific and explained the process he used in football and of course the formula is likely in baseball and basketball.

On Sunday night, after the bulk of games were completed, Maker, as we’ll call him, would bring in 4 sharp assistants and analyze each game coming up the following week.

Let’s suppose the first game was Miami at Houston. After the primary discussion as to records, Trends, injuries, locale, possible weather and national opinion (like the glory teams of the 80s with Montana Dallas or Green Bay which attracted bets just because they were glamour teams), an opinion was requested.

Each person placed his opinion on a piece of paper with what they thought the line should be. Let’s suppose the five decisions were Houston 3 1/2, Houston 3, Houston 1 1/2, Houston 4, and Houston 5.

That means they all agreed Houston should be favored. Now they discuss the pros and cons and come up with what they consider a strong number to attract action on both sides and make the game Houston 3 1/2.

That line is given out to a group of high rollers sharp pros who are allowed to make early wagers against that line.

For example, we’ll say most of the money went Miami getting the 3 1/2. The sportsbooks would then drop it to Houston 3 hoping to draw bets on the favorite. By the time the line reaches the local bookie and the street, we are facing a very tough number.

Each of the games are discussed and voted on by Maker and his group with Maker having the final say.

These Line makers are sharp and rarely miss anything. If you think you caught an edge because you heard about an injury, forget it.

Let’s suppose Dan Marino sprains his ankle in practice on Thursday. Before he hits the turf, the Vegas line makers have the info and the line is adjusted.

These guys are good!